I learned a lot this year when my wife got a hernia, and I had to take over at home.  From early March until May, I had to continue doing my day job, but I had to stop traveling until she was well enough for me to leave her alone.  My wife and I have been together for 20 years now, and she has progressively gotten “worse” I would say.  I’m not going to elaborate because that’s a subjective view from me.  I’m holding her up to a standard I created in 1998 when we met.  I’m the problem, not her.

First, I will admit freely now that I have not helped as much as I could have around the house.  I don’t feel superior, far from it, but I also felt that she wasn’t overwhelmed by the daily duties.  That was until I had to do them all.  Worse than just having to do all the same stuff she does every single day, I had to have it all done by 9 AM so I could work.

Then I had to cook and clean up for lunch and dinner as well.

I ended up blocking out my calendar each morning until 9 AM, just to make sure I had enough time to get everything done.  I built a checklist that had all the things I needed to do each morning to make sure I got it all done.  Because I was forgetting things.  Her routine is packed so full that one missed item ends up pushing the whole thing out of whack.

The two fundamental truths I learned were that she does a lot more than I thought, and I don’t help enough. There is no reason I can’t help out more than I do.  One of the reasons I took over litter box duty is because it’s a strenuous job and no one likes to do it.  It’s one of the nastier jobs she has to do every day.  The other reason is that I get my ideas during that time, and I found this out during her recovery.  Now that’s a win-win.  She doesn’t have to do it, and I get ideas.  The reason it’s so much of a pain is we carry the litter boxes out to the garage to clean them, to keep the dust down in the “cat room.”  I found that after two weeks of being my wife, I developed a strain in my back.  I would get a shooting pain most days that started as dull and culminated as a pinching, shooting pain up the right side of my spine.  There’s a tendon in there that seems to get irritated with a lot of awkward stooping over.  My wife had been complaining about severe back pain on and off for several months.  It completely embarrassed and humbled me that she wasn’t exaggerating.

I should have never let the love of my life get into such a situation.  Familiarity breeds contempt, and I can’t believe she hasn’t killed me in my sleep yet.  We’ve also been on a new diet since just after Christmas of last year (2017) so the cooking was relatively easy.  But fitting it in is the challenge.  Between my phone calls, the dog wanting to go out, and God knows what else, I had to plan what was going to be made.  I have always let my wife do the cooking because she’s a fantastic cook, and I’m nothing more than mediocre.

I suppose someday, I’ll take it upon myself to become a better cook.  Can one be a renaissance man and not be able to cook a fantastic meal?  I suppose so, but I think the renaissance man I’m trying to be is one who’s not only multi-talented but also one who’s well-rounded.  And while my physical form was well-rounded until recently, I think cooking would be one of those finer features in life that I can get much better at with some practice and focus.

But what I noticed while cooking was that the back pain came shooting back.
And with the vacuuming.  Back pain again.  Hmmmm.  There may be something to this back pain thing.  I researched what muscle was causing the problem, tried to break up the knots by pushing my back against a tennis ball across the muscle with much pain, and found that helped very little.  Proper form and stretching turned out to solve the problem, as did having some gel mats on the floor to fight fatigue.  Again, I’m ashamed I hadn’t done this before.

I didn’t take my first “trip” until well into May.  It was a month after her surgery and she was healed enough to get into and out of bed on her own, but she couldn’t take the asshole husky out for a walk because he pulls too hard.  On April 1st I got promoted, for real, not as an April Fool’s joke, and my workload quadrupled.  I had a chance to meet a partner in San Antonio, just an hour and a half from my house.  We talked about it, and as long as I just went down, met the partner, had lunch and came home, I should be able to pull it off without the dog shitting in his crate.  So that was my first foray outside the house, and I remember thinking, “This is why she likes to get away.”  Full understanding came with that first trip.  Anything to break the work that was going on daily.  It was like a daily beating more than a routine.

Here we are in September, and she’s fully healed.  But she’s felt guilty about me doing all that work and having to do the day job thing, which again, has gotten exceptionally busy – more so than I’ve ever been in my life.  I help more than I was, but not as much as I should.  I realize that.  She’s tried to do things when I’m busy so I won’t have a chance to help.  She’s like that.  Did I mention she’s the most selfless person I’ve ever known?  To a fault, definitely.  But I’ve also had to travel more than I have in 10 years.

A few weeks ago, I took a week off to help out around the house.  We’re moving the boy-child to the guest house, where he’ll have more room and privacy.  He’s 24, and this gives him a full efficiency apartment without having to pay rent.  But we have a lot of clean-up to do.  Like most people, our spare space has been filled up with old exercise machines and good intentions.  So I took the week off of my crazy schedule to help clear the place out and to help her get some relief.

I remember thinking early this year about how she’s changed over the years.  She used to be such a tease, a flirt, fun, and we got along perfectly.  I had someone ask me last week, as I was lamenting my life to a complete stranger, “What changed?”  And what changed is all this fucking work.  She has the entire household on her shoulders.  The child is grown, and that brings different stressors.  I have this job that is non stop, oh, and I’m trying to work each day on being creative, which takes time.  We’ve been in this house for 18 years, and it needs extra help.  All of these things conspired to turn my sweet, sexy, bombshell of a girlfriend into an overworked, unhappy wife. It all happened with me standing right here, wondering “What changed.”

I don’t think there’s any getting back the younger woman now.  She’s on meds to keep her moods in check, and most nights she’s exhausted when we go to bed.  I know I have to do better, I have to take more of the burden on myself and quit expecting anything in return. That’s what I do.  I expect a pat on the head after I do something.  It’s ludicrous.  I just need to help with the worst stuff and move on.  The thanks I will get is the lessening burden on her.

Maybe someday she’ll feel about me as she used to, but I don’t know why she would.  I’ve been selfish for 18 years, and now with the job, she still will have to carry the entire burden when I’m out, which is several times a month now.

I know we’ll get through it because we’ve both been married before, and no one is looking to change anything.  But I can’t stand to see her unhappy and unfulfilled.  And with each passing day as I get closer to my goals, I see her getting more frustrated in her life.  She’s been a homemaker since we moved here, for the kids.  Well, they’re full grown now, and she’s definitely empty-nesting.  I’m simply not smart enough to know what to do next.  Just like my writing, I just have to put my head down and do the work.  Over time it will get better.  And even if it doesn’t at least I know I’m helping, and not the cause of the problem.  I can’t continue to be that.

If you like my writing, please let me know by subscribing here, or dropping me a note in the comments.

Photo by Ben Rosett on Unsplash 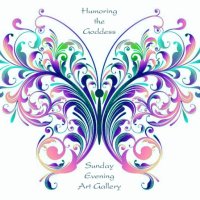