I’ve been on the road a lot again.  Traveling for business affects you in ways you don’t realize.  I’m used to the strange hours, the horrible erratic diet, the strange bed every night and the odd feeling each morning of not knowing where I am for a brief period when I wake up.  But the part I can never get used to is the close proximity of other people.  I’m a relatively isolated individual when I’m home.  I live on a few acres in the country outside Austin.  I do this because I like my space away from other people.  I need a buffer.

But when I travel, the buffer is gone.  More often than not, when I get on a plane, I find myself uncomfortably close to other people.  I end up having physical contact with complete strangers.  I’m not even comfortable hugging people I know, and I have strangers rubbing up against me.  This week I had an incident where contact would have been indecent.  A stranger’s private parts were uncomfortably close to my face.  Now, I’m not saying she wasn’t a lovely woman. She was.  I don’t even like my wife being close to me all weekend when I’m home. I have issues.  But to have a stranger’s butt a few inches from my face is a different level of uncomfortable.  I can’t imagine a situation in which it’s not, actually.  If it was my wife, perhaps I would have given her a nibble, just for play.  Can you imagine in this day and age what would happen to me if I did that on an airplane?  I’d get my 15 minutes of fame, I bet.

But there I was, with this woman standing in the same place where I was sitting, people pushing by her, pushing her butt closer to my face.  Awkward.  What was I to do or say at that point?  Is it inappropriate to point out that it’s OK, at least she has a nice-looking butt?  I just tried to pretend it wasn’t there.  A few minutes went by.  It’s getting even more awkward now.  She’s close enough to me that I can smell her scent.  I can’t smell her butt, thank GOD, but I can smell the perfume she uses and the layer beneath.  Again, under different circumstances, this may not have been a completely unenjoyable situation.  I like woman’s butts normally.

Inevitably, with her ass three inches from my face, the unthinkable happened.  She talked to me.  No one had paused to let her out of my aisle and get back to her seat, they all just kept pushing through to get to theirs.  And she was there.  Close.  When she spoke, I noticed a slight Southern drawl.  She had a lovely voice to match the shapely bottom.  Maybe this was her thing, I began to think.  Maybe she does this every week like I try to avoid people, she puts herself in a situation to get intimacy from a complete stranger in an awkward manner.  That’s a ridiculous thought, but it crossed my mind.  A lot of things crossed my mind as I had to come to terms with another human so close to me for so many minutes.  I’ve never been so close to a woman’s butt that didn’t progress into something much more intimate, normally something rather lurid, actually.

At one point, I tried to reposition myself to give her a little more room as she was standing in an awkward position as well, trying to hold herself as far away from me as possible, clinging to the seat back in front of me.  Planes have gotten noticeably smaller over the years.  My knees normally touch the back of the seat in front of me, and I positioned myself for a little more comfort, both farther away from her, and also to give my knees some more room. She shifted as well.  Did I mention she was wearing yoga pants?  I probably should have mentioned that.  Yoga pants have become the travel wardrobe du jour for young women, it seems.  As we both shifted, she turned and then got bumped because now her back was turned to the oncoming flow of passengers.  Her butt was no longer close to my face.  But a rather more intimate part was.  I think women choose yoga pants because they must be wonderfully comfortable with the fabric stretching and molding itself around the body.

Her pants had molded themselves alright.  Again, I hate to even bring this up, but the distance between us was less than three inches.  I could see an outline of her most private parts.  I could see her grooming choices, I was so close.  She was, again, I hate to even mention, a very lovely woman.  She was also roughly half my age.  Shame and embarrassment came over me in an uncontrollable wave.  I’ll admit, I have a penchant for the female body.  It’s a beautiful, graceful, exquisite thing. She was a shining example.  I’m sure I blushed because I felt the wave hit me.

“That didn’t help, did it?” She said to me.  Again, she was sweet, adorable, actually.  Now, she was beginning to feel a little self-conscious, or she already was, or she was a bold individual who could care less that a stranger was in a position to bite her in a very sensitive part of her anatomy.  I thought once more, “This must be her thing.”  I ended up saying something stupid like, “That depends on your viewpoint.”  I’m not sure how she took it, she laughed nervously, possibly realized that her pants had shifted, showing me more than most people would want to show a stranger, and shifted again giving me back her butt.

I am confused and conflicted

Would I be wrong to say I preferred the other view?  I think I am.  I think the whole incident left me “dazed and confused.”  My comfort zone had been violently invaded.  But like most things do, like the pain that goes away after a few minutes, I had gotten used to her being so close.  I stopped being able to distinguish her scent from everything else.

When I was younger, I prided myself in being able to distinguish a woman’s perfume.  I used to know them all.  I had my favorites.  I haven’t played that game for 20 years, and I guess I’m glad I wasn’t able to discern the brand of her perfume.

Eventually, she was able to get back to her seat.  I did notice her absence then.  I felt like I owed her an apology or at least a cigarette.  What would Emily Post say?  I should write a letter.  I did try to send her drink with an apology through a flight attendant, but he spoke such broken English that he thought I was trying to hit on the gorgeous blond a few rows ahead of me and half my age.  He didn’t do anything except glare at me unapprovingly.

The flight went on as normal, and nothing came of the incident. It was definitely a “we shall not speak of this” moment.  But I just can’t let it be.  That’s the part of travel I just can’t get used to.  I get forced into situations that are just squarely against my nature, and I have no choice but to deal with them.  I suppose I should start writing them all down at some point.

I’d love to say that all of my “close encounters” have been like this, but that’s not the case.  Usually, it’s a guy or someone who isn’t in such great shape.  And the smells.  We will leave the smells for another day.

I should have at least gotten her name.  The worst part is, I’m just waiting for the situation to replay itself in a dream of mine.  I can assure you it will be much more lurid and a hell of a lot weirder when my subconscious gets a hold of it.  I don’t think I’ll be writing about that part, however.  A guy’s gotta draw the line somewhere, right?

Please join my growing email list by subscribing here or drop me a note in the comments.  I’d love to hear from you.

Photo by Suhyeon Choi on Unsplash

3 thoughts on “Uncomfortable on a Plane” 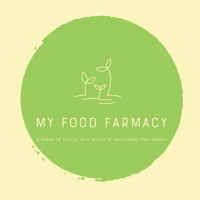 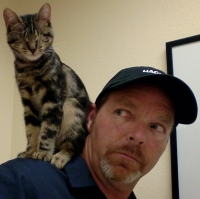 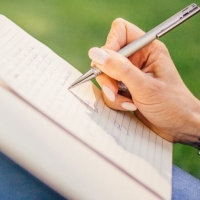